35 Comments
By Terry Malloy's Pigeon Coop What is...?

What is… a Dutch Angle?

A Dutch angle is a shot whereby the camera is tilted in relation to the scene. The shot then appears to be leaning to one side. To get slightly more technical, the usual vertical lines of the shot will be at an angle to the side of the frame. Dutch angles are also referred to as canted angles, oblique angles, German angles or even sometimes Batman angles. A rarely used type of Dutch angle is the Bavarian angle, whereby the shot is tilted a full 90° so that horizontals become verticals and vice versa.
Dutch angles got their name from their conception in German expressionist cinema where they were known as ‘Deutsch’ angles – hence why they are still also known as German angles – with ‘Dutch’ being a malformed evolution of this. Dutch angles were allegedly first used in the classic The Cabinet of Dr. Caligari to show a sense of madness, disorientation and unrest, and it’s these kind of states of mind that the technique has come to represent. It is still a widely used technique and gives a slightly ethereal quality that often gives the viewer the feeling something isn’t quite right in some respect. For example, Sam Raimi uses Dutch angles in his Evil Dead trilogy to show when someone has become possessed.
As is often the case when discussing camera techniques and the like, it’s better to see them in action, so here’s a few notable examples…

Some films have actually attracted criticism for their use of Dutch angles. Battlefield Earth (shown below) is one such film.

“The director, Roger Christian, has learned from better films that directors sometimes tilt their cameras, but he has not learned why.”
— Roger Ebert referring to Battlefield Earth 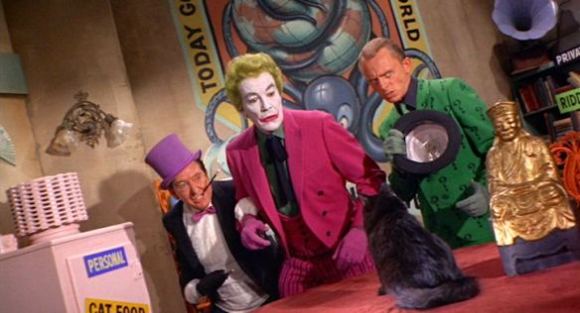 These are obviously only a few examples from the huge number out there but hopefully give a clear example of the technique.
Past ‘What is…?’ entries can be found here, so do have a read if you haven’t already.