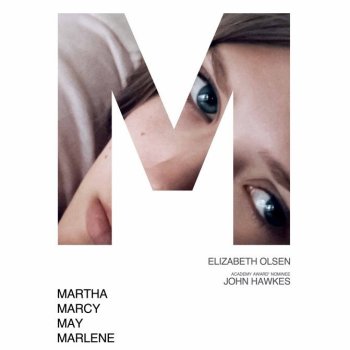 When Martha (Elizabeth Olsen) escapes from a commune, she goes to stay with her sister but struggles to adapt to normal life. As she continues to alienate herself from those around her, her grip on reality gets looser and looser.

MMMM is apparently loosely based on the Manson Family cult, which gives the film a much more sinister undertone, one that comes to the forefront as the film progresses. We see Martha’s experiences in the commune through a series of flashbacks, each of which gets progressively unsettling. And it’s ‘unsettling’ that best describes the film. There’s not much to scare, but plenty to unnerve thanks in part to the remote rural setting and constant perturbing use of sound.

It can be rather slow paced at times and the distinction between present and past is sometimes (deliberately?) ambiguous, which may prove slightly confusing. The film’s conclusion is also likely to be contentious for many. Without giving too much away, it’s hugely open-ended and relies on the audience to fill in quite a few gaps. This abrupt ending may be frustrating for some but it does leave you mulling over the various interpretations and the possibilities of what may or may not happen.

This is Elizabeth Olsen’s second picture after 2011’s Silent House and she does a superb job throughout. As Martha (Marcy May & Marlene are names she picks up in the commune) she is perfectly on edge at all times, whilst John Hawkes as commune leader Patrick is also excellent.

MMMM is not an easy watch but it’s one that gives more the more you invest in it. Its quirky Instagrammed look becomes slightly tiresome and you do have to work hard at times, but there’s enough here to keep you intrigued to the end.