Today’s post on the Debuts Blogathon, hosted by myself and Three Rows Back, comes from Nika at The Running Reel with a superb look At Sam Mendes’s excellent American Beauty. I urge everyone to head over and give Nika’s blog a read; there’s some great reviews and features well worth checking out. Take it away Nika…

I cannot imagine any talk about directing debuts without even mentioning Sam Mendes’s 5 Oscar winner picture American Beauty. Considering everything I am going to discuss in my post, none of the directors have ever had such a high standard debut as Mendes had.

American Beauty looks at average life of average American family, their aspiration to happiness, their failure to actually be happy and the way how it ends.

Lester Burnham (Kevin Spacey) is a father to a troubled teenage daughter Jane (Thora Birch) and a husband to a successful wife Carolyn (Annette Bening). They smile every day, collect flowers, drive Jane to school, work hard and have a family dinner in the evenings. Everything just seems perfect, as it supposed to be. But Lester, who himself tells the whole story, does not feel so. He jerks in the shower in the mornings, hates his job, thinks that daughter hates her father (damn right) and can’t stand his own wife. Burnhams’ life is just a show, a commercial for how normal they are when they are anything but. However, inside each of family memeber feels messy and lost. 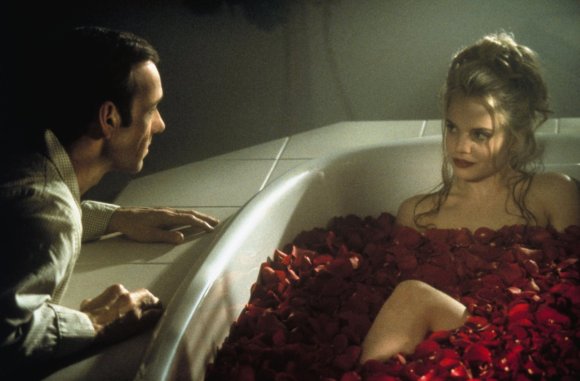 American Beauty is comedy and drama at the same time, because we laugh at how absurd characters’ problems are and get sad, because we can find something familiar in our lives. In this mix of laughter and tears you see a lot part of reality – how families come apart, how ideals get ruined and how people change their life directions after finding out their true desires. Mendes gives a brilliant chance to think what happiness means for each of us, is it a good job just like Carolyn? Or lust just like Lester or maybe total freedom like Jane? You have to make your own decision, exactly as Mr. Burnham did.

Alan Ball who also won his debut writing Oscar created an extraordinary story with very smart, interesting, tense and touching dialogues. He came up with a great idea of delivering a story that was told many times before. Sarcasm and dark humor accompanies whole satiric story of this family making the film a lot more memorable.

I cannot imagine any better Lester than Kevin’s. He gave the most sincere, inspiring and enjoyable performance of his career and one of the bests of nineties. Mr. Burnham transforms from total loser to determined man during the movie and Spacey makes these changes very natural. He does an outstanding job by being emotional, careless, sexually inactive man. And then suddenly he changes into a daughter-friend-loving, determined and motivated man, who finally found “beauty” in his life.

Annette Bening is not any worse as career drive wife. Carolyn is control freak. As Lester say, that’s the reason why she got boring. She is the best to show up as a happy person by trying to see positive in everything.  But Carolyn always cries behind the curtains, in dark rooms where no one can see her tears. Bening just nails to be Mrs. Burnham.

The same time, supporting cast is as amazing as the rest of the movie. Thora Birch and Wes Bentley are brilliant as Jane Burnham and Ricky Fitts, respectively.  They both have trouble with parents. Jane hates her mom and dad because of this façade happiness and Ricky can’t stand father – violate, latent homosexual ex-soldier who communicates with son only when beats him.  And all these is part of whole average American family drama those young characters so desperately want to escape. 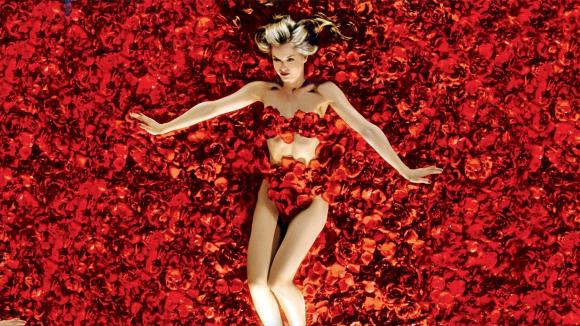 Despite being a Hollywood film about America, American Beauty does not suggest either Happy Ending or clear finale. Mendes comes up with a great idea of confusing viewers in the very last minutes of the film. During almost two hours he has been trying to detach Lester from his family, which actually happens but Sam bring him back to family in the end. He as a director perfectly managed to hide some hints in every scene of movie to make us really think about the issue of happiness and not to be very late deciding for ourselves. We don’t want to be Lesters, do we?!

For being one of the most enjoyable, dramatic, interesting, brilliantly played, directed and written movie of Hollywood filmmaking, I consider American Beauty to be of the most successful directing debuts of all time.

Over at Three Rows Back today you can check out a brilliant write-up of Ben Affleck’s directorial debut, Gone Baby Gone by Ruth over at the always wonderful FlixChatter. Head over there right now to check it out!

Tomorrow you’ll be treated to Dave from ccpopculture‘s piece on Andrew Dominik’s Chopper. Don’t miss it!

Meanwhile, you can check out the rest of the entries in the Debuts Blogathon here.