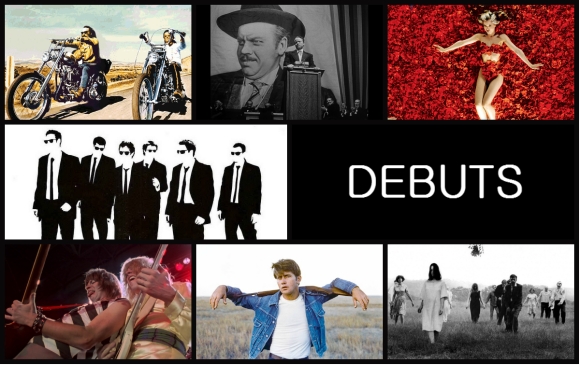 This is the final post on my site in the Debuts Blogathon, which has been co-hosted by myself and Mark from Three Rows Back. Here I’m taking a look at my favourite filmmaker Stanley Kubrick and his debut feature, Fear and Desire.

To me, Stanley Kubrick is one of, if not the, greatest directors of all time. Obviously I’ve not sampled every director but of all the directors whose films I have seen, it’s Kubrick who stands head and shoulders atop the pile. I don’t think he’s made a bad film, despite what others may argue, and it was really interesting going back to see his first feature and looking at how he subsequently evolved and grew as a filmmaker.

The story of Fear and Desire is pretty simple and goes a little something like this: Four soldiers in the midst of an unknown war are stranded behind enemy lines. They must battle their own fears and desires in a bid to survive.

Fear and Desire was shot in 1951 and exhibited two years later in 1953. It was originally entitled The Trap and then The Shape of Fear and was sold in some places as a ‘sexploitation’ picture, largely due to a scene in which a woman is strapped to a tree. It was shot in five weeks without sound, which was post-synched, and cost somewhere in the region of $40,000, much of which was donated by friends and family (kubrick’s father cashed in on his life insurance policy to help finance the film).

It’s considered separate from the rest of Kubrick’s filmography, but is still an fascinating snapshot of Kubrick’s early work. Kubrick himself was not a fan of his debut feature, calling it “a bumbling, amateur film exercise… a completely inept oddity, boring and pretentious.” Unfortunately, Kubrick has a point.

The whole production is very amateurish, which is unsurprising. Much of the editing, particularly towards the start of the film is very jarring and not fluid. It’s difficult to tell where people are standing and to whom they’re talking. This makes whole scene very distracting and disorientating. Kubrick also breaks the 180 degree rule, jumping the line on a number of occasions, although it’s unclear whether this is intentional or not. Knowing Kubrick, it probably was, but it just ends up getting tarred with the same brush as the rest of the editing.

We also don’t get any of the interesting camera movements Kubrick became known for, purely because he had no tracks or equipment. This isn’t really his fault, but it does make the film feel very static. Kubrick’s decision to post-synch the sound was also a mistake. Unfamiliar with sound production, he did this thinking it would be economical and allow the production to move more swiftly. The result was quite the opposite, greatly affecting the film’s quality and increasing production costs. The acting is also not of the highest quality, most of it being stilted and wooden.

However, Fear and Desire isn’t a total mess and does have its moments. There’s some interesting cinematography and lighting choices which do show some clear promise in Kubrick’s skills. The film is clearly Kubrick expreimenting with the medium, seeing what he can do, which may be of detriment to the overall quality but is a fascinating examination of the young director. Wipes and dissolves link scenes together whilst one memorable scene which sees the murder of several enemy soldiers is clearly influenced by Eisenstein and Soviet cinema. 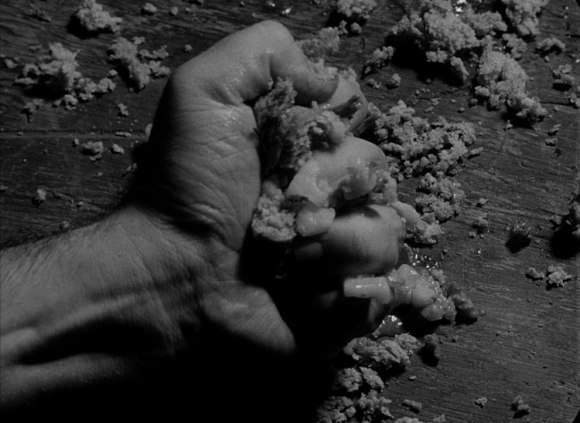 There’s much to criticise in Fear and Desire but as a study of the conception of Kubrick’s oeuvre, it’s a fascinating insight.

How does Fear and Desire compare to Kubrick’s other films?

It almost goes without saying that the rest of Kubrick’s filmography is of a much higher standard than Fear and Desire. It probably goes down as the weakest film in his catalogue for pretty much every aspect. However, you can definitely see a few things here and there that have filtered through into some of his subsequent films.

Of course, the most obvious comparison to make is with his other war films, Paths of Glory, Dr Strangelove and Full Metal Jacket. What’s interesting is that none of these films are really about the war itself, rather those caught up in it. The actual fighting is incidental to its effects on those involved. In Fear and Desire this is cleverly shown by not naming the conflict, meaning the war could be from almost any point in past, present or future. Again with all these films, the enemy is largely unseen, of little interest, or almost indistinguishable from the protagonists; what’s more pertinent is the fragile state that war has inflicted upon those entangled in it.

This could be seen as Kubrick’s commentary on the futility of war. One of the soldiers in Fear and Desire comments: “I’m thirty four years old and I’ve never done anything important. When this is over I’ll fix radios and washing machines“. In Kubrick’s world, fixing radios and washing machines is more important than war. In Dr Strangelove we see the idiots behind the war and how dangerous these men can be rather than what’s going on on the front lines, whilst in both Paths of Glory and Full Metal Jacket we see little actual conflict, more the preparations and consequences.

Kubrick’s films also generally carry a very negative, misogynistic view of his fellow man and Fear and Desire is no exception. For example, the soldiers take a woman prisoner for no reason other than she might or might not be colluding with the enemy. She’s tied to a tree and left at the hands of one particular soldier who struggles to contain his desire for her. Here we get a scene that is borderline rape, with the soldier coming across as both detestable and pitiful, clearly deeply affected by the war he’s a part of, just like Private Pyle in Full Metal Jacket. This negative view of man runs throughout almost all of his films in some part, with Lolita, A Clockwork Orange and Full Metal Jacket probably the most obvious examples.

If you think about it, the title Fear and Desire could probably apply in some way to every Stanley Kubrick film. From Paths of Glory to 2001 to Eyes Wide Shut, these themes and the way humans deal with them are central to Kubrick’s pictures. Fear and Desire doesn’t perhaps explore these in as much depth his as later films, but thematically it definitely deserves its place amongst his more celebrated works.

Over at Three Rows Back today in his final piece for the blogathon, Mark is taking a look at Steven Soderbergh’s Sex, Lies and Videotape. Head over there if you haven’t already to give it a read.

A massive thank you to everyone who has taken part in the blogathon. I know I speak for both Mark and I when I say it’s been a blast and we’ve been overwhelmed with the enthusiasm from all involved and from those who have been reading the posts and commenting on them. I’ll do a proper wrap up post tomorrow but until then you can check out the rest of the entries in the Debuts Blogathon here.