Does The Academy Have a Duty To Represent Diversity?

The internet loves a good kick off, doesn’t it? If it’s not about freedom of speech over potentially blasphemous material then it’s Cadbury’s changing their Creme Eggs (location specific, that one). Of course, the most pertinent issue right now is the 87th Academy Awards, or as we peasants call them, the Oscars.

More specifically, it’s the lack of female and non-white nominations, particularly in the ‘major’ categories. But does the Academy have a duty to diversify its nominations or have we made a lotta something outta a lotta nothing?

First of all, we all know that the Oscars doesn’t truly represent the year of film and so they’re never really going to be that diverse anyway. The fact that the ‘Best Foreign Language Film’ category even exists is proof of this. There are always films made by men and women of various races and ethnic backgrounds that don’t get a look in, so why are we really surprised that it’s not a particularly diverse year?

Now let’s rewind to last year. Amongst the winners were a a film made by a black director (Steve McQueen), a black woman (Lupita Nyong’o) and Jared Leto winning for playing a transgender character. Not hugely diverse given the number of overall nominees and winners but there is diversity in there, and amongst the big categories, too.

Onto this year and there isn’t a single black nominee in any of the acting categories. Only Ava Duverny represents any kind of diversity in the main categories for Selma in the Best Picture character, but other than that everything is a whiter shade of pale. There are, however, several women nominated in the Actress in a Leading Role and Actress in a Supporting Role categories.

On a serious note, why is this? It’s difficult to say and it would take a much deeper digging than I am capable of or can be bothered doing. It’s likely a much more complicated issue than simply saying the Academy are white or male biased – although that’s not to say there isn’t some truth to that! You need to look at production companies, agents, producers, sponsors, and probably just about every other aspect of filmmaking. We don’t really know how much pressure the Academy is under, if any, to choose particular films over other.

But here’s the question… should the Academy be duty bound to represent diversity? Those making the nominations may argue that the films, actors and actresses they have chosen really are the best this year, and if that’s really the case then should they be made to change their nominations to include a more diverse selection? Perhaps the make up of Academy members or the voting process needs looking at, or should there even be other categories created to represent the under represented?

It could well be that this year is somewhat of an anomaly, albeit a slightly worrying one, and that next year the nominations will be more diverse. But what if they’re not? Does it matter? The Oscars already alienate a lot of people, so let’s hope they don’t make it even worse.

What do you make of this year’s Oscar nominations? Is the lack of diversity an issue and if so, what should they do about it?

The 437th post about the Oscars you won’t read

So there we go, it’s all done and dusted for another 12 months, and it was pretty good. It all went pretty much as expected but I don’t think there are many who can argue with most of The Academy’s choices. Here are some of my thoughts about the 86th Academy Awards…

Ellen was a decent host 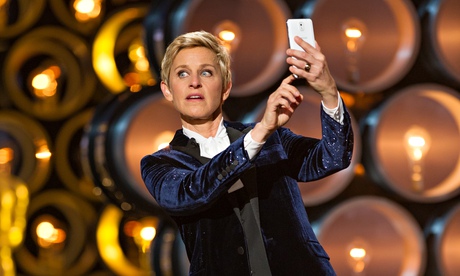 Ellen Degeneres is pretty well liked throughout the entertainment business, and I thought she did a great job of hosting. The actors like to have their ego stroked, whilst we at home like to see a bit of fun being poked, and Ellen did a fine job of balancing the two. Still not a patch on Tina Fey and Amy Poehler, though.

It was predictable, but that’s not necessarily a bad thing

Pretty much every award was reasonably easy to call, whether you thought it was the correct choice or not, and there have been the usual calls that the whole thing is too predictable. However, if we make predictions and The Academy also makes those choices, surely they’re worthy winners? Some people may have thought they got the odd award wrong, but I think most will concede they were generally on the money this year. It might be nice for them to choose a slightly leftfield choice once in a while, but predictable doesn’t mean undeserving. Maybe the huge number of other award shows dulling our appreciation of the Oscars.

The ‘heroes’ theme was rubbish

Every year the Oscars has a theme, and this year it was ‘heroes’. You didn’t notice a theme? Well that’s because it was such a token effort that it was totally pointless. All we got was a couple of montages about film heroes and that was it. Either go all out and have hosts dressed as superheroes or do away with the theme altogether.

I thought the live performances would be a bit naff but they actually worked really well. The performances were varied and really added something different to the show. I hope they do the same again next year.

Leto, McConaughey and Nyong’o were worthy winners for Best Supporting Actor, Best Actor and Best Supporting Actress respectively, and their speeches were arguably the best of the night. Leto spoke passionately about his mother, who was there with him, whilst McConaughey spoke of what motivates him and keeps him trying to better himself. Nyong’o was absolutely over the moon with her win and that clearly showed in her heartfelt speech.

What’s gone on with Steve McQueen and John Ridley?

12 Years a Slave’s screenwriter John Ridley and its director Steve McQueen seemed to completely snub each other, neither thanking the other in their speeches. Also, when John Ridley won his Oscar, he wasn’t congratulated by a single member of the 12 Years a Slave cast or crew. McQueen was also caught on camera doing some kind of weird fake clap. What’s the deal fellas?

It’s time some of the categories were altered

It seems that a few of the award categories could do with being altered slightly. I might get shot down here but do we really need separate sound editing and sound mixing awards? Surely an achievement in sound award would suffice? I also feel that we change the name of the Best Foreign Language Film award to Best Film Not in the English Language, and that we should do away with the whole actor/actress thing, instead having male actor and female actor. Might sound a bit pointless but I’d prefer it.

A few other things jangling round my head:

So those are some of my thoughts from this year’s Oscars. What did you think about the awards? Let me know below in the comments.