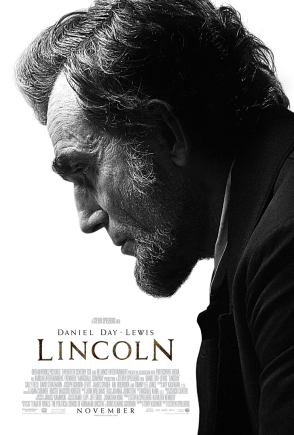 Steven Spielberg needed a big hit. He’s directed some decent pictures – Munich, The Terminal and Catch Me If You Can spring to mind, but he’s arguably not had a critically-acclaimed smash since 1998’s Saving Private Ryan. That’s a long time. He’s also had a couple of duds – hello War of the Worlds and Indiana Jones and the Pointless MacGuffin – so it was about time he showed us that he still has some of the old magic. By taking on Lincoln he’s tackling one of the most important periods of American history, one of their most revered political figures and the subject of racial inequality. Surely, that’s a recipe for success?

Lincoln, in some form, has been knocking around for a while (since 1999, in fact) and has undergone a fair few changes. It is adapted from a small section of Doris Kearns Goodwin’s biography of the 16th President of the United States and focuses on his efforts during January 1865 to have the Thirteenth Amendment to the United States Constitution passed by the House of Representatives, the Amendment that would effectively abolish slavery. Don’t go expecting any of Abe’s early life or anything regarding The Gettysburg Address; this is no biopic, but a snapshot of just a few weeks.

As you would expect of a film covering such subject matter, it is heavily political and many of the scenes are confined to within four walls and are primarily dialogue driven. Fortunately, playwright Tony Kushner (with whom Spielberg worked with on Munich) has produced a script that is detailed and thorough but also accessible, charming and full of wit. It requires you to pay attention throughout; a missed sideways glance or off-the-cuff remark can result in missing important information, but for those fully immersed in the story (and it’s very easy to be so), it’s incredibly rewarding. Some knowledge of the history of the time and of the American judicial system, however, would be beneficial. Although it the film never excludes those without such knowledge, those that do may get a little more out of it.

Throughout the film, we see Abe in his many guises: family man, raconteur, politician, all of which are as intriguing and beguiling as the next, and much of the credit for that must go to Daniel Day-Lewis. The role of Abraham Lincoln originally belonged to Liam Neeson, but when he pulled out Day-Lewis stepped in to fill his beard. Day-Lewis plays Lincoln with a weariness you would expect of someone in his mid-fifties running the most powerful country in the world, his lanky frame and sunken shoulders heavy with countless burdens, both personal and political. From the opening titles, through the inevitable climax to the rather unnecessary denouement, Day-Lewis gives a masterful portrayal of Honest Abe, and without it the film would simply not be as effective as it is.

An equally impressive performance is that of Tommy Lee Jones as Radical Republican Congressional leader Thaddeus Stevens, although the overacting Sally Fields and the tacked on Joseph Gordon-Levitt are a little light on character development.

Lincoln is Spielberg at his restrained best. Flanked by impressive cinematography (courtesy of DP Janusz Kaminsky) and a tight script (aside from the odd moment that descends a little too much into slapstick), Spielberg has put together a more personable film that it could otherwise have been and one that should ensure he remains one of Hollywood’s top properties.