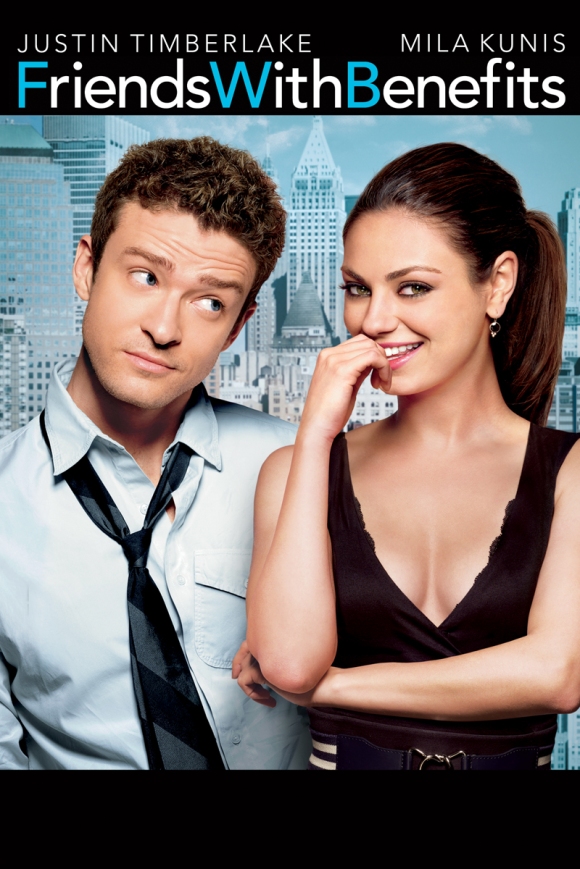 When Dylan (Justin Timberlake) moves to New York for a big job, he and his new best friend Jamie (Mila Kunis) attempt to have a purely sexual relationship without any emotional involvement whatsoever. Can they manage it?

Everyone already knows the answer to this question whether they’ve seen the film or not, which is its biggest downfall. Whilst the horrendous amount of product placement is annoying enough, it’s nowhere near as annoying as the fact that Friends With Benefits very nearly managed to escape from the clutches of the middle of the road rom-com that the characters themselves are so keen to avoid, but ultimately ends ups decaying into mediocrity.

There are some genuinely funny moments here and much of the dialogue is witty and delivered snappily by the two leads. There is also a sobering and interesting story arc with Dylan and his dementia-suffering father that probably warranted more screen-time. However, just when you think this could break the mould or even ignore the mould altogether, it delivers exactly what you expect it to with a dulling inevitability. It also ends up feeling like little more than a vehicle for Timberlake, as many an eye is sure to be rolled at him flexing his muscles (vocal and actual) on more than one occasion. Of course, Kunis also manages to forget her clothes occasionally too. All of this doesn’t mean that Friends With Benefits is a bad film, just one that could have been so much more.

When little John Bennett (Mark Wahlberg) makes a wish for his teddy bear to come to life, he’s astonished to find that it actually comes true. The best of friends, Ted (Seth MacFarlane) and John are inseparable. Fast forward and John is now 35 and he and Ted are still best buds, although his girlfriend Lori (Mila Kunis) isn’t so thrilled with the pairs’ close friendship. 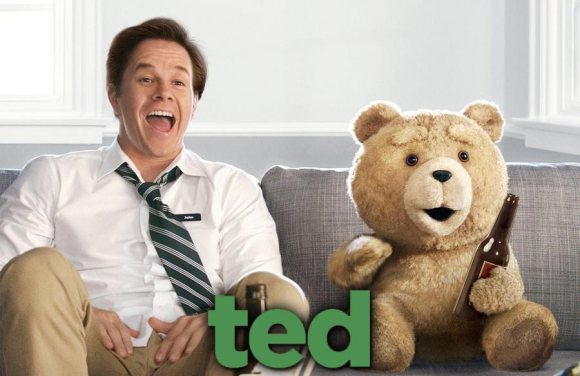 Ted comes from the creative mind behind Family Guy and American Dad, Seth MacFarlane, and it’s not difficult to see the influence. It very much comes across as a case of trying to make a film for the Family Guy audience without actually making a Family Guy film.

Pretty much everything is present from the crass humour to pop culture references, and as a good handful of the Family Guy voice actors are used, it’s even aurally very similar. However, Ted is deeper than it would first appear. At the heart of the film is a charming story about a man clinging on to his childhood and struggling to take the next important steps in his life.

MacFarlane is clearly a classic storyteller deep down and employs a host of textbook filmic devices throughout, such as the car chase, the fight scene, the sex scene, and plenty more. Whilst nothing groundbreaking, it does all add up to a much more complete cinematic experience than it could otherwise have been. This could also be an attempt for MacFarlane to try and prove that he has more to him than just scripting animated TV shows.

Childhood is a major theme of the film, and MacFarlane’s was obviously a major influence when writing it. There are nods to various films that have shaped many a person’s childhood, including Indiana Jones and Star Wars, as well as smack-you-round-the-face references to others such as Flash Gordon. Whilst this works for those who also grew up with said movies, it can be a little alienating for those who didn’t.

That’s not the only reason that some of the jokes miss their mark, which unfortunately quite a few of them do. Some of the cleverer, more subtle Family Guy humour has been lost and replaced with cheap expletive-based jokes and easy ‘haha-the-bear’s-taking-drugs’ jokes that do get a little tiresome, whilst some are aimed squarely at a US audience, thus becoming a little lost in translation for those of us across the Atlantic. This is a harsh criticism for a film made in America by Americans but it’s still worth highlighting that a chunk of the humour may go over UK audiences’ heads.

Ted is much more than just a Family Guy film and manages to find a nice middle ground between comedy and drama. Those expecting a laugh-a-minute may be a little disappointed, but at the centre of everything there’s a beguiling little story with entertaining performances from Wahlberg and Kunis as well as the wonderfully rendered Ted himself. This is a solid debut feature from MacFarlane and it would be no surprise to see him branch out and move further away from the Family Guy formula for future projects.